How would you feel if we told you that bathing in the United States did not become popular until the late 1800s? One thought that may come to mind would be utterly disgusting! Thankfully, the trend of regular bathing and maintaining proper hygiene caught on. In the 1930s, J.L. Mott, a businessman and an innovator, produced cast iron tubs. Since his innovation, cast iron tubs maintain a steady fixture in most bathrooms in the country and globally.

Now that the history is out of the way, let us move to the real reason why you are reading this blog— to replace or to reglaze iron tubs once worn out. It all took place in Old Town Alexandria, where a homeowner decided to reglaze her cast iron tub instead of replacing, but was that a wise choice? Let’s have a look to find out!

The homeowner’s cast iron tub complemented the age of the house, which was constructed in 1919. With time, the cast iron tub lost its shine, as uncovered in the bathtub were green water stains under the faucet, gritty texture and nasty dents on the outside. The cause of the condition of the bathtub was clear. The years of improper cleaning had taken a toll on it, but the technician could still breathe life into it, restoring it to its usual self.

The Restoration of the Cast Iron Tub Begins

The steps taken to give the cast iron tub a new beginning are as follows:

After eight hours, the homeowner’s bathtub was ready for her to take a bath in. Reglazing the cast iron bathroom was the right choice for her after all, but is it a wise choice for you?

When Should You Replace or Reglaze Your Cast Iron Tub?

Replace your cast iron tubs for the following reasons:

Reglaze your cast iron tubs for the following reasons:

*Quick Tip: To find out if your cast iron tub is enameled steel, fiberglass or acrylic, knock on it and if it gives a silent thud – congratulations, you have a cast iron tub!

Which is the right fit for you? Will you replace it or reglaze it? Whichever option you decide to go with, we will be there to do it for you! 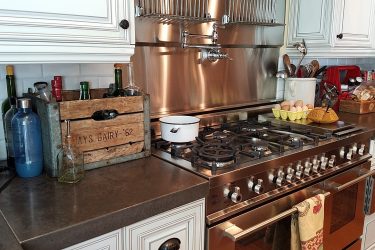 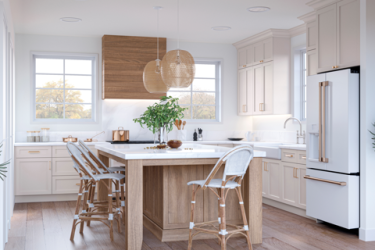 Kitchen Design Trends To Look For in 2023

Brighten Up! How to Coordinate Your Kitchen with White Cabinets 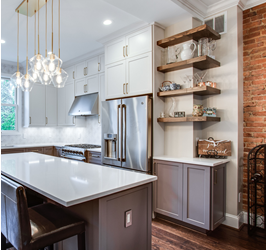 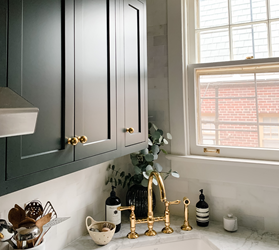 Kitchen Design Trends To Look For in 2023

Brighten Up! How to Coordinate Your Kitchen with White Cabinets

December 20, 2022
PrevPrevious5 Ways to Remodel Your Kitchen on a Budget
NextMetal Strips Versus Bullnose Tiles – How To Finishing Tile EdgesNext